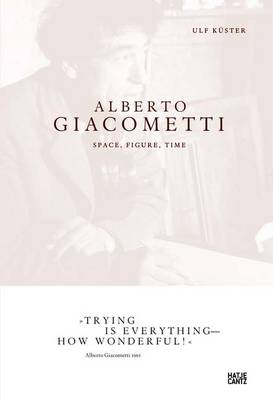 This volume from the Art to Read series makes an outstanding introduction to the life and work of this important artist. Alberto Giacometti (1901-1966) was born and raised in Val Bregaglia in Switzerland, but following his studies in Geneva and Rome he lived primarily in Paris. As an artist, Giacometti's earliest affiliations were among the Surrealists, but today his reduced and exposed bronze figures seem much more in sympathy with the Existentialist worldview (particularly as these pieces were developed during and after World War II, and also because of the artist's close friendship with Jean-Paul Sartre). Notoriously self-critical, and always paring back the form at hand, Giacometti labored tirelessly to reconcile humanity's outer appearance and inner condition, never arriving at a satisfactory realization: If I could make a sculpture or a painting (but I'm not sure I want to) in just the way I'd like to, they would have been made long since (but I am incapable of saying what I want), he once lamented. I don't see my sculpture, I see blackness.